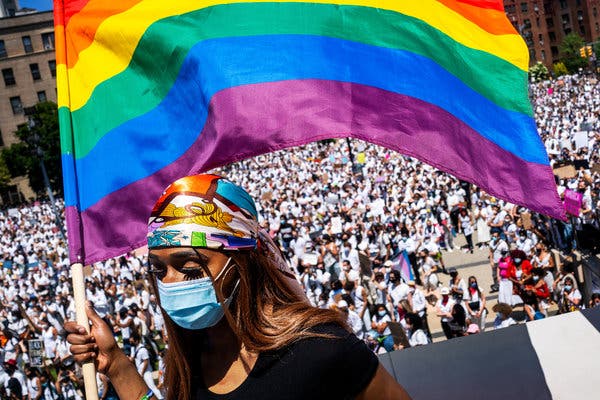 As our Agency continues to evolve and becomes more laser focused in our Mission to care for all people, but with a renewed focus on the African American, marginalized, underrepresented and underserved populations, we shall continue to also evolve in the areas that help us to become more diverse in our acknowledgments and celebrations of cultural events, holidays and observances.

LGBTQ+ Pride Month occurs in the United States to commemorate the Stonewall riots, which occurred at the end of June 1969.  Two Presidents of the United States have officially declared a pride month.  First, President Bill Clinton issued an Executive Order in 1998 expanding equal opportunity employment in the Federal Government by prohibiting discrimination based on sexual orientation and on June 11th, 1999, declared June "Gay & Lesbian Pride Month".  On June 1, 2009, President Obama issued Proclamation 8387 for Lesbian, Gay, Bisexual and Transgender Pride Month.  In this proclamation the President pointed to the contributions made by LGBTQ+ Americans both in promoting equal rights to all regardless of sexual orientation or gender identity and in broader initiatives such as the response to the global HIV pandemic.  The President ended the proclamation by calling upon the people of the United States to "turn back discrimination and prejudice everywhere it exists".  On, Monday, June 15th, The Supreme Court ruled on a Federal civil rights law that protects gay, lesbian and transgender workers from workplace discrimination.  This landmark ruling will extend protections to millions of workers nationwide, which argued that Title VII of the Civil Rights Act that bars discrimination based on sex did not extend to claims of gender identity and sexual orientation.  June 2020 also marks the 50th anniversary of annual LGBTQ+ Pride traditions.

As our Agency strives to consistently and equitably be inclusive in our practices, protocols, treatment and commitment to all people while serving our Mission with EXCELLENCE, we celebrate with our LGBTQ+ Team Members and community in observance of this time and historic season.